Stand a chance to win an exclusive CD Player autographed by one of the TOP 6 crews when you enter a special code in the contest submission. You can find the special code on Sony Malaysia's website and also from the Sony Leaflet distributed at the Showdown 2011 Live @ i-City, Shah Alam.
Contest period: 15 June - 4 July 2011
Prize:
1. 1 Sony BRAVIA TV to be awarded to the Showdown 2011 crew that has gathered the most number of 'Likes' at the end of the contest period,
2. 1 Sony BRAVIA TV to be given to the participant with the most creative shout out,
3. 12 Sony CD Players (autographed and used during Showdown 2011) by the top six Showdown 2011 crews based on the correctly entered 'code' and questions answered submitted
How to participate:
1. Like the Sony Malaysia Facebook Page
2. Submit your personal details and support your favourite crew by liking their profile!
3. Submit a cool shout out and share it on your Facebook wall!
Join now!

EARLY BIRDs who get it EMAILED! 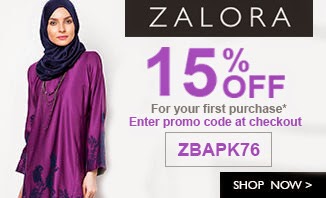 15% Off for your first purchase!